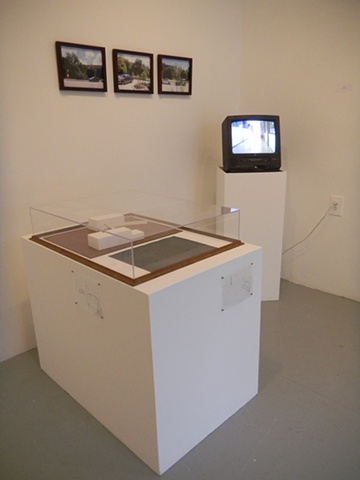 Route describes three alternate paths between two points in two buildings, as a direct path is not available.

These paths are described by: - pencil sketches of the beginning and end points; - a video from the perspective of a person walking each of the paths; - a photo facing the end point from three perspectives; - an architectural model of the two buildings with taped routes; and - a topographical map of the area including the two buildings.